Waipawa gets a duck! 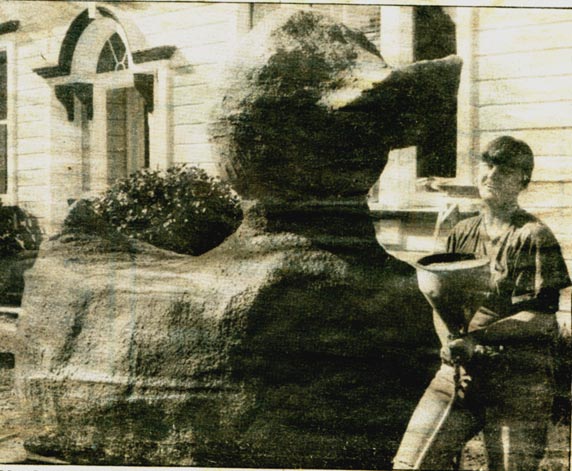 Mrs Jan Gosling with a concrete duck she has created for the Waipawa Chamber of Commerce.

GORE has its trout, Te Kuiti a shearer, Ohakune its carrot, Paeroa a large soft drink bottle, and soon, Waipawa will have a duck.

The duck was the brainchild of the Waipawa Chamber of Commerce, to publicise the annual duck race held during the townís Spring Festival.

This duck wonít float, its just going to sit on a stand, but just where the townís fathers havenít decided.

The duck which attracted lots of attention as it was being built was made by Waipawa Art teacher Jan Gosling, who made the frame of wood and chicken netting and then covered it with hessian before being sprayed with fibre reinforced concrete.

It took about four weeks to make, with the final coat of concrete being sprayed over the weekend, and needing about a week to cure.

At night it was wrapped to protect it from the frost which could cause cracking.

The Chamber of Commerce will pay for materials needed for the project; however Mrs Gosling supplied her time and talents for nothing, as she treated the exercise as a challenge.

Mrs Gosling said the project almost turned into a neighbourhood exercise, with one neighbour arranging the spray unit and reinforced concrete from Conotech, another supplying a compressor needed to spray the concrete and almost everyone offering advice, as neighbours tend to do.