Some people might think that there’s nothing much exciting about a town hall. But ours is fairly old, with two sections to it. – The concert chamber (formerly the Borough Chambers), and the Municipal Theatre.

The Chambers are often used now-a-days for functions and dinners, but probably the most interesting bit of the town hall (in my opinion) is the Theatre which adjoins the chambers. 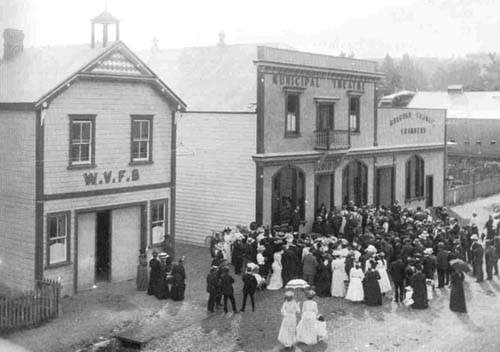 Opening of the Municipal Theatre 1910 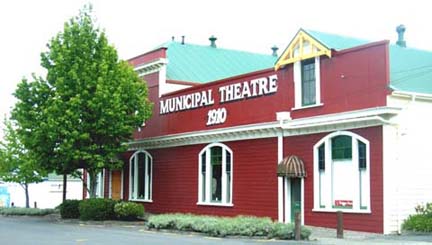 The Theatre has a lovely old gallery with the original old chairs in it from which you can look down on a stage (and orchestra pit). It has the feeling of an ‘old’ theatre with a huge draped curtain and fantastic, ornamental fittings which give this theatre an old-world atmosphere. You can almost imagine yourself as an Edwardian Lady (or Gentleman) going out to enjoy a night of theatre about a hundred years ago.

The Municipal Theatre is the home of Waipawa’s Musical and Dramatic Society which have been performing in Waipawa since 1898. Originally they performed in the Oddfellows Hall, but in 1910 they celebrated the opening of the new theatre by performing’ Betsy’ but this time with new, coloured, electric lights!

For over a hundred years the Waipawa M&D have been entertaining Central Hawkes Bay with plays, Musicals and pantomime to a very high standard. One of the most memorable plays performed recently was ‘Les Mis’ which truly made me realize was a talented bunch of people live locally.